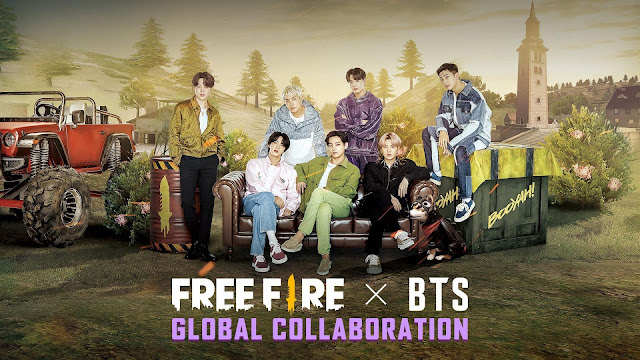 Starting from March 23, Garena Free Fire announced its global collaboration event with BTS with spectacular features and a packed schedule. With this event, Kpop gamers will be able to feel a complete BTS experience within Free Fire from the very moment you login in to the game.

Now, are you wondering what kind of collaboration event Free Fire had in mind with their newly appointed global ambassador, BTS? We are going to give you everything you need to know about BTS x Free Fire collaboration schedule from its character, skins, interface, and release date.

Previously on March 1, Garena Free Fire officially recruited BTS as their official global brand ambassador. Therefore, to commemorate the appointment, Garena Free Fire decided to create a spectacular event for almost a whole month. During this event, Kpop gamers will be able to fully immerse themselves in a complete BTS experience both in the lobby and on the field.

During the promotional program, all 7 members of BTS decided to try out the character from Garena Free Fire. They decided to take a Free Fire character based on their own vibes and personality, and here’s BTS character in Free Fire if you want to try it out yourself later.

First is the BTS leader, Kim Namjoon or RM. BTS RM decided to choose Antonio as his Free Fire character because, for him, Antonio was the strongest-looking character in the game. Although it might have been a rookie mistake, RM wanted to look strong to cover the fact that he was a rookie in Free Fire.

Secondly, Jin, the eldest hyung of BTS, decided to pick Joseph as his Free Fire character. According to Jin, Joseph has the vibe of a genius old man. So that is why he decided to make Joseph wear suits like how genius old man characters usually do in manhwas.

BTS prodigy member, Suga, decided to completely makeover his Free Fire character, Wukong. Giving him a mask and a costume showing off his abs, we almost didn’t recognize that it was Wukong in the first place.

Simple and iconic, that is our BTS sunshine, J-Hope. Choosing the character who is basically his own alt in Free Fire, J-Hope and D-BEE are fundamentally one person! They’re both dancers and even have the same hyphen character after the first alphabet in their name. And on top of that, both J-Hope and D-BEE have some KILLING moves!

Knowing that he was a demolition specialist, BTS V decided to go with Alvaro as his Free Fire character. According to V, Alvaro looks like a villain, especially after his makeover, and that is why he likes him.

Even though BTS Jimin did not mention his character’s name, we can already guess that he chose Maxim in Free Fire from the character itself. With his makeover, Jimin wanted Maxim to look like a King during the game.

Mesmerized by the perfect combination of a swordsman with modern style, experienced Free Fire gamer Jungkook decided to go with his favorite character, Hayato. With his own customization, Free Fire Hayato is basically BTS Jungkook in-game. Hayato’s hair is even similar to Jungkook’s in “Butter”. 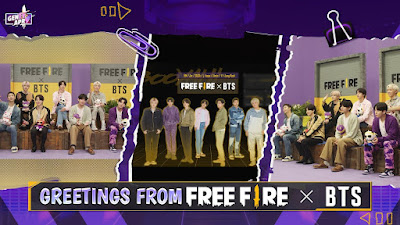