Police in the Indian capital, Delhi, have registered a case against a senior member from the ruling Bharatiya Janata Party (BJP) over her controversial comments about the Prophet Muhammad. 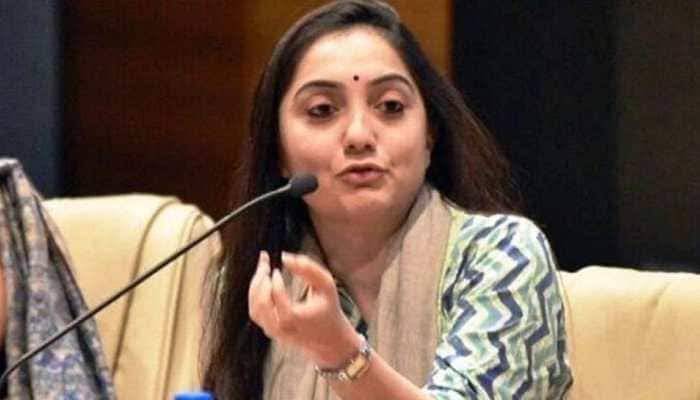 Nupur Sharma's remarks, made in a TV debate in May-end, have incensed Indian Muslims and outraged more than a dozen Islamic nations.

On Thursday, two weeks after her comments, Delhi police said they had opened investigations against Ms Sharma - and a few others - "on the basis of social media analysis against those trying to disrupt public tranquillity and inciting people on divisive lines".

On Sunday, the BJP suspended Ms Sharma from the party. The head of the party's Delhi media unit, Naveen Kumar Jindal, was also expelled for sharing a screenshot.

Who is Nupur Sharma and what did she say about the Prophet PBUH?

Nupur Sharma is the Indian ruling party BJP’s national spokesperson who now has been suspended from her post after the controversial remarks. She began her political journey in student politics since she studied in Delhi University.
Nupur Sharma later went to abroad for studies and she was the Youth Ambassador of Tech for India. Upon returning to the country, she worked for the Bharatiya Janata Yuva Morcha.
In 2008, Nupur Sharma won the election of the President of Delhi University Students’ Union from ABVP. She had also worked as a member of the National Executive in the youth wing of the Bharatiya Janata Party (BJP). She has been a prominent face of the BJP held various significant posts in the party.

Nupur Sharma (born 23 April 1985) is an Indian politician and lawyer. She was the national spokesperson of the Bharatiya Janata Party (BJP) until June 2022. Described as brash and articulate, she frequently represented BJP on Indian television debates as an official spokeswoman. In June 2022, she was suspended from the party for commenting that as per traditional Islamic scripture, prophet Muhammad married Aisha when she was 6 years old and had s*x with her when she was 9 years old.

Nupur Sharma was born in New Delhi in 1985. She comes from a family of civil servants and businessmen. Her mother is from Dehradun.

While a student, she joined the Akhil Bharatiya Vidyarthi Parishad (ABVP), the student wing of the Sangh Parivar. She won the presidentship of the Delhi University Students Union in 2008, breaking an eight-year-long dry spell for the ABVP.[6] A notable incident during her stint was the leading of an ABVP mob to heckle S. A. R. Geelani in a faculty seminar on 'Communalism, Fascism and Democracy: Rhetoric and Reality'. She appeared on a television show later that night and gave brash responses.

After receiving a Master of Laws degree from the London School of Economics at the University of London, Sharma became a lawyer.

Sharma became a worker of the Bharatiya Janata Party (BJP) after returning from London in 2010–2011. In 2013, she became a member of the Delhi BJP's working committee. She is said to have worked with senior leaders like Arvind Pradhan, Arun Jaitley and Amit Shah. In 2015, at age 30, she was given the ticket for contesting against Arvind Kejriwal of the Aam Aadmi Party (AAP) in the 2015 Delhi Legislative Assembly election. She lost the contest by 31,000 votes.

Afterwards, she was appointed as an official spokesperson for the BJP's Delhi unit under Manoj Tiwari. In 2020, she was appointed as a national spokesperson of BJP under the presidentship of J. P. Nadda. According to a Delhi BJP leader, even when she was part of the Delhi unit, she was often sent out for TV debates on national issues because of her legal acumen, sound knowledge of national issues, and bilingual skills.[1] She was seen as young, energetic and brash, with regular appearances on television debates.[10][2] She is recorded to have made several insulting comments on opposing panellists, causing outrage on twitter.

In 2017, she was booked by the Kolkata Police for sharing a photo from the 2002 Gujarat riots and allegedly passing it off as one depicting violence in West Bengal.

On 26 May 2022, Sharma participated in a debate on the Gyanvapi Mosque dispute on the Times Now television channel, during which she made controversial remarks regarding the age of Muhammad's wife Aisha at the time of their marriage and consummation of the marriage, which were seen to be insulting by several Muslim nations. The video clip of her comments were shared by Mohammed Zubair, the co-founder of Alt News, a fact-checking website, on social media.[20][21] Sharma later alleged that it was a "heavily edited and selected video", which was denied by Alt News, and included a longer clip to show the context. After the incident drew criticism, Times Now deleted the video of the programme from its YouTube channel the following day.[23] Sharma subsequently stated that she started receiving rape and death threats and Zubair responsible. Alt News denied any responsibility for the reaction from the viewers after watching the video clip. Later Delhi police provided security cover to Sharma.

A police FIR (First Information Report) was registered against Sharma in Mumbai's Pydhonie police station the next day in which she was accused of "hurting religious sentiments". A series of FIRs were registered in various towns around the country including one by the All India Majlis-e-Ittehadul Muslimeen leader and parliamentarian Asaduddin Owaisi in Hyderabad, for Sharma's use of "abusive, false and hurtful" words against Muhammad and Islam. A bandh (shut down) was called by a Muslim organisation in Kanpur to protest the remarks on 3 June, during which violence erupted with 40 people getting injured.

Sharma's comments were also widely shared internationally on social media. By 4 June, "insult to Prophet Mohammed" was trending among the top 10 hashtags in all the countries of Gulf Cooperation Council (GCC) and Turkey. governments of UAE, Afghanistan, Indonesia and Pakistan condemned the remarks.[30] The Grand Mufti of Oman called the remarks "insolent and obscene rudeness" and characterised it as war against every Muslim. He called for a boycott of all Indian products and confiscation of all Indian investments in Oman. The Government of Qatar summoned the Indian ambassador and asked for immediate condemnation and an apology for the remarks. The ambassador was reported to have replied that they were views of "fringe elements" in India and in no way reflected the views of the Government of India. Kuwait and Iran have also summoned the Indian envoys and gave them protest notes.

On 5 June, Sharma was suspended from the BJP. The party statement said, "The BJP strongly denounces insults of any religious personalities of any religion."[33] Afterwards, Sharma said that she was "unconditionally" withdrawing her statement, but also made an attempt to justify them claiming that they were in response to the "continuous insult and disregard" towards the Hindu deity Shiva.