In today's blog we will discuss,  Rishi Sunak roasted for wrong spelling of 'campaign' 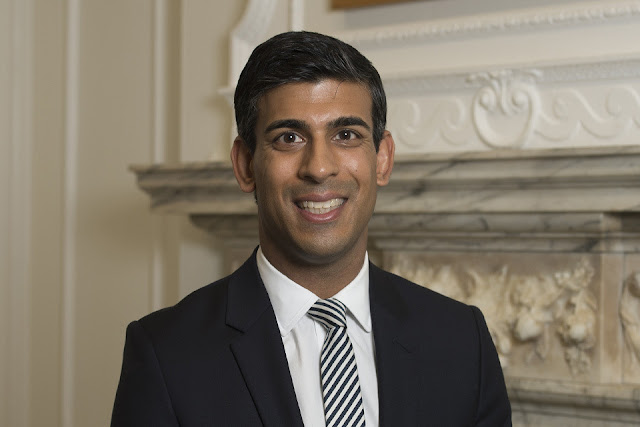 Rishi Sunak roasted for wrong spelling of 'campaign', he responds: As Rishi Sunak took part in his first in the first television debate to pitch for the UK PM post, he got roasted on Twitter after viewers pointed out that there was a spelling mistake on Rishi Sunak's campaign banner. The spelling of the campaign was wrong as it was misspelt as 'campiagn'. Rishi Sunak took the Twitter banter in his stride and responded saying, 'Ready for spellcheck' in a tweak of his slogan 'Ready for Rishi'.

Former British finance minister Rishi Sunak, who has won the most votes in the second round of voting to succeed Boris Johnson as leader of the Conservative Party and prime minister of UK, was roasted on Twitter for a spelling mistake on his campaign banner.

Sunak was taking part in his first television debate to pitch for the UK PM post when viewers pointed out that the spelling of the campaign was misspelled as ‘campiagn’.

Following this, the netizens began roasting Sunak for the wrong spelling on his campaign banner. After this, Sunak took part in the Twitter banter and responded by posting, ‘Ready for spellcheck’. The post was a tweak of his campaign slogan ‘Ready for Rishi’.

With winning the first two rounds of voting by Tory members of Parliament to succeed Johnson, Sunak has now firmly placed as the candidate to beat. Picking up a quarter of the votes in the first round, he became the only one to get over three digits in the second round -- and is followed by three women present and former ministers.

He will now for a series of televised debates over the weekend with his remaining opponents -- Trade Minister Penny Mordaunt, Foreign Secretary Liz Truss, former minister Kemi Badenoch and Tory backbencher Tom Tugendhat.

Born in Southhampton on May 12, 1980, Sunak is the son of (the then British) Kenya-born Yashvir Sunak and his wife, Tanganyika-born Usha, who grandparents were born in the Punjab Province of British India, and migrated to East Africa, and from there to the UK in the 1960.

In 2009, he married Akshata, daughter of Infosys founder NR Narayana Murthy and writer Sudha Murthy, who’s also the chairperson of the Infosys Foundation.