After almost 18 months of on-again, off-again negotiations that have come to resemble the slowest roller coaster on the planet, the United States, its European allies, and the European Commission facilitating the talks are waiting on pins and needles for Iran to make a decision. Will Tehran return to compliance with the 2015 nuclear agreement, or seek to press its luck by reopening the talks? 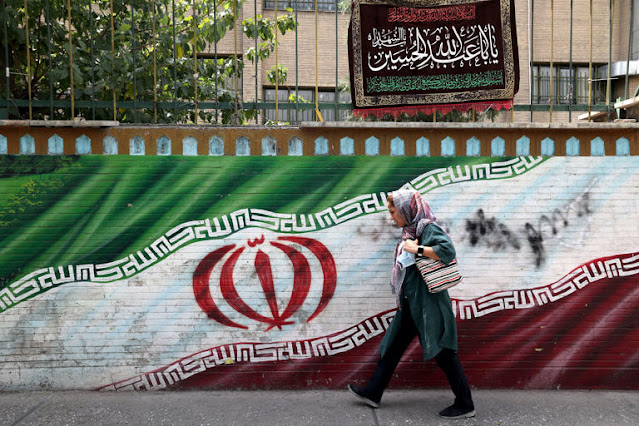 At least for the West, there's nothing left to negotiate. Earlier this month, EU foreign policy chief Josep Borrell tabled what he described as the final offer. "What can be negotiated has been negotiated, and it's now in a final text," Borrell reiterated on August 8. The Biden administration, which identified a resumption of the deal as one of its top foreign policy priorities, has already stated its willingness to approve the EU's final draft in its current form.

The Iranians, however, aren't making it easy. In typical fashion, Iranian Foreign Minister Hossein Amirabdollahian has neither confirmed nor denied Tehran's acceptance and signaled that some points of dispute still need to be resolved. Tehran is still wary about the extent of Washington's economic promises and is doubtful the U.S. will stick with the deal if Biden loses reelection. Iran's public messaging has been consistent ever since a rough draft agreement was floated back in March: all that's standing in the way of a successful conclusion is Washington's inflexibility. U.S. officials, of course, totally reject this line of argument and have responded by pointing out that it's Iran, not the U.S., that needs to stop stonewalling.

At its core, the so-called Joint Comprehensive Plan of Action (JCPOA) was the definition of an imperfect agreement. Neither Washington nor Tehran received everything it wanted, but both sides walked away from the negotiating table relatively pleased with what they got. The U.S. and the rest of its P5+1 partners received highly detailed limitations on the quality of enriched uranium Iran could produce, the amount of enriched uranium it could stockpile, where uranium could be enriched, and what research and development was permitted—not to mention an extremely strict monitoring program over Iran's entire nuclear industry. Iran, in turn, was able to recuperate tens of billions of dollars in frozen funds, the ability to sell crude oil to customers worldwide, and a resumption of normal commerce with the rest of the world.

It was a pragmatic arrangement, and for the most part, the deal worked as intended. Yet President Donald Trump's May 2018 decision, at the urging of John Bolton and Mike Pompeo, to withdraw Washington from the accord in a vain attempt to push the Iranians into a more comprehensive deal upended everything and drastically worsened the situation. By the end of Trump's tenure, Iran's enriched uranium stockpile grew from around 202.8 kg to 2,442.9 kg, a 12-fold increase. The Iranians were also installing more advanced centrifuges that could churn out uranium at a quicker pace, and the uranium produced was of higher quality. Tehran is now the closest it has ever been to acquiring enough fuel needed for a single weapon, although the construction of such a weapon (assuming the Iranian government is in fact interested in producing one; the CIA has yet to make this conclusion) would take months or perhaps years of additional work.

Washington has been trying to clean up this self-inflected mess ever since. It's taken far more time and effort than U.S. officials expected from the outset. Having been burned once, the Iranians had no incentive to cooperate fully and have used their nuclear progress over the last three or so years as leverage at the bargaining table. Iranian negotiators continue to press the U.S. side for concrete assurances that a future administration will not renege on the deal a second time.

Given all of the business Iran lost after the Trump administration imposed a strategy of maximum pressure on its economy, it's easy to see why the Iranian political elite wants a formal commitment. But as U.S. officials have been saying all along, Biden simply doesn't possess the constitutional power to bind future presidents. Indeed, even if the JCPOA were somehow codified as a treaty (there's no possibility of this), a president could still unilaterally withdraw from it (see George W. Bush's 2001 withdrawal from the Antiballistic Missile Treaty or Trump's 2020 removal of the U.S. from the Open Skies Treaty).

There is another point of dispute between the U.S. and Iran: how to close the ongoing IAEA investigation into Iran's past nuclear work. The atomic agency and Iran have been at loggerheads this year over nuclear material at several sites Tehran failed to declare. The Iranians have pushed for an end to the investigation, calling it politicized, as a condition for signing the nuclear accord. The IAEA, the U.S., and most everyone else reject this explanation as ridiculous and blame Tehran's refusal to adequately answer the agency's questions for the holdup. If reports are accurate, the JCPOA renewal will only kick in after Iran cooperates to the IAEA's satisfaction. Presumably, if IAEA Director General Rafael Grossi is unsatisfied with Iran's cooperation, the entire deal could collapse.

As U.S. special envoy to Iran Robert Malley told PBS last Friday, the U.S. position has been clear from the get-go: "We're prepared to come back into compliance with the nuclear deal if Iran does the same." It sounds simple enough. But the details are immensely complicated.